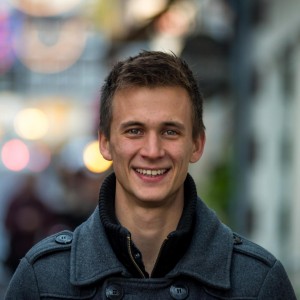 How Nestlé and Unilever are fighting for consumer trust

If you thought the organic food and sustainability trends are reaching their turning point, you are wrong.

Consumers are still increasingly opting for organic and natural products. The global organic food market is expected to keep growing at a CAGR of 23% until reaching a total value of 263B by 2022.

The answer is simple..

As pointed out by a recent forbes article, Skepticism in conventional products in part is fueling this market growth.

And the skepticism is real! A study by the center for food integrity in 2018 found that:

The study also found that about 65% of consumers are interested in learning more about the farming and food manufacturing process of their food.

So what does this means for food brands and other stakeholders in our food system today? It means that that they radically need to change the way they engage with their end consumers. Certifications and cute product packages are not enough anymore.

Being 23 years old, I can confidently say that most of the people in “my generation” demand more from food brands.

When I walk into a store and consider buying your product, I will probably have already read all the possible bad impacts your industry has on people and the planet online. I am inclined to buy organic products, and read product stories on the packages. However, being organic doesn’t always solve my concerns, especially not if the product is from a large brand with a bad reputation.

I am willing to forgive your brand for its unsustainable practices of the passed, however I will need radical transparency and proof.

I want to know where my food comes from, who produced it in what conditions, and by who this has all been verified. Food brands that cannot offer me either of these will fall behind in the coming years.

The biggest food leaders know this very well and are now actively ramping up their efforts towards becoming more transparent to regain consumer trust.

In this article we will look at two of the most prominent food leaders in the world to see what they have been doing to win back their consumers’ trust.

Nestlé has not always been particularly known for its environmental and social responsibility. They are one of the companies that have quite a lot of consumer trust to regain.

No wonder Nestlé is trying so hard be at the front in the race towards becoming the most transparent.

Beginning of 2017, Nestlé was one of the launching partners to start testing the IBM food trust platform, which officially launched in Oktober 2018.  In case you haven’t heard of it yet, is a blockchain enabled food transparency platform working together with many known food brands like Wallmart, Carrefour, Kroger, Unilever, Nestlé, Albertsons Companies & more.

The Digital transformations manager of Nestlé, Benjamin Dubois, indicated that the project evolved in response to “consumer demand for more transparency and trust”. It gives the opportunity to give the public maximum information about the products they consume. Since then, Nestlé’s ambition on meeting shifting consumer demands and supply chain transparency have increased a lot.

For one, Nestlé recently released a press release in which they claims three quarters of their supply chain are now de-forestation free. In the release they explain how they made use of satellite imagery to realize this goal.

However, this was not the only transparency Nestlé engaged in recently. In fact, in just 2019 alone, they released a total of 6 press released regarding new initiatives to tackle changing consumer demands:

To put that in perspective, in 2018 they released about 4 in this category and in 2017 and before that all their press releases where completely focused on annual returns and growth rates for investors.

Their last release is particularly interesting as they have now, aside from working together in the IBM food trust network, also decided to join WWF’s open supply chain network (mentioned in an earlier edition of the fork newsletter).

The initial pilot program with the open supply chain network will trace milk from farms and producers in New Zealand to Nestlé factories and warehouses in the Middle East. Later, the technology will be tested using palm oil sourced in the Americas. This shows Nestlé is committed to not only say they are becoming more sustainable but are also on their way to actually proof it!

2. Unilever: “brands without a purpose will have no long-term future with Unilever”

Unilever has been in the ethical food & transparency boat for a bit longer. In 2010 they launched their “sustainable living plan” in which they set out 9 commitments to increase the social, sustainable and economic footprint of their products. This distinguished them from competition as they where one of the first large food brands to focus on achieving an ethical and responsible image.

This shows that Unilever’s efforts towards becoming more sustainable are paying off greatly and perhaps have been the main driver behind Unilver’s growth over the last year.

In another recent press release, Unilever’s CEO Alan Jope, warned against “woke-washing” – Brand campaigns promising to improve the world but failing to take real action – stating it is undermining the advertising industry’s credibility and trust.

“There are too many examples of brands undermining purposeful marketing by launching campaigns which aren’t backing up what their brand says with what their brand does. Purpose-led brand communications is not just a matter of ‘make them cry, make them buy’. It’s about action in the world,” Jope added.

Jope noted that consumers are rapidly shifting towards “brands that ‘get it’ and embrace a role in society that goes well beyond what they sell”, noting:

He confirmed that “brands without a purpose will have no long-term future with Unilever”. This follows their recent announcement that the company’s 28 Sustainable Living Brands, including Dove, Knorr, Persil/OMO, and Rexona, grew 69% faster than the rest of the business in 2018, compared to 47% in 2017.

To counter their concerns for “woke-washing” also Unilever has joined the IBM food trust network since 2017 as part of their over all consumer oriented transparency strategy.

On top of that, Unilever’s sustainable living brands Dove and Knor have also been working with ScanTrust To put unique QR codes on each products to bring back consumer trust and add potentially even add more value through a consumer loyalty program.

For some people, the increasing demands for social & sustainable product seems like a trend which, like most trends, goes by at some point. However, learning from the food brands that are probably most aware of consumer demands, it seems like we have only just reached a tipping point. Nestlé just started to really ramp up their efforts in becoming transparent and trusted by consumers and Unilever even recently announced they will only continue with their sustainable living brands!

To point back to Alan’s words, “Purpose-led brand communications is not just a matter of ‘make them cry, make them buy’. It’s about action in the world.” And what better way exists to set yourself apart in these times of distrust, then by proofing & validating your actions in the world and showing this directly to your end consumer? No wonder these food leaders are both engaged in several digital transparency initiatives.   If you are still wondering now, whether making your products more transparent by making use of new technologies is something your company could benefit from as well, ask Nestlé and Unilever!

Perhaps even better than asking Nestlé and Unilever would be to ask IBM’s food trust directly.

IBM food trust is definitely the current market leader in food traceability and they will present their blockchain solution on the consumer track in the upcoming strike two summit. This means that you will get the opportunity to ask questions and learn directly from the main transparency initiative behind Nestlé and Unilever.

Or ask Scantrust which will also be present with their their “farm to knor” solution: A real case of food quality & traceability for consumer engagement by Unilever and ScanTrust.

Sponsored tickets for the consumer track

That’s right, because of the importance of this event for the food supply chain, the ministry of LNV will sponsor tickets for the first event! This means we are able to give away the first 3 tickets to your network for free. Only thing you need to do is send an email to casper@thefork.online with your motivation and the names of the partners that would like to join.

If you have a question or if you would like to discuss this blog. Feel free to join the Strike Two Summit LinkedIn group. We’d like to hear from you and we’re happy to answer your questions.

WE ARE FORKING AWESOME